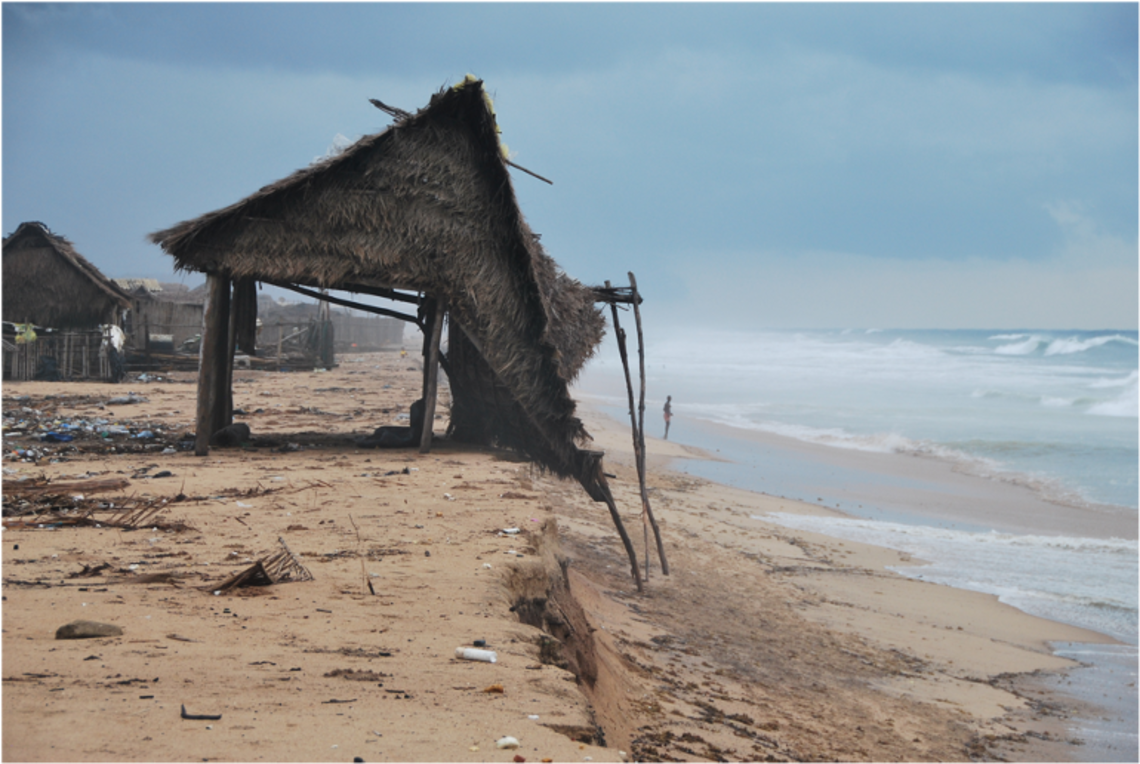 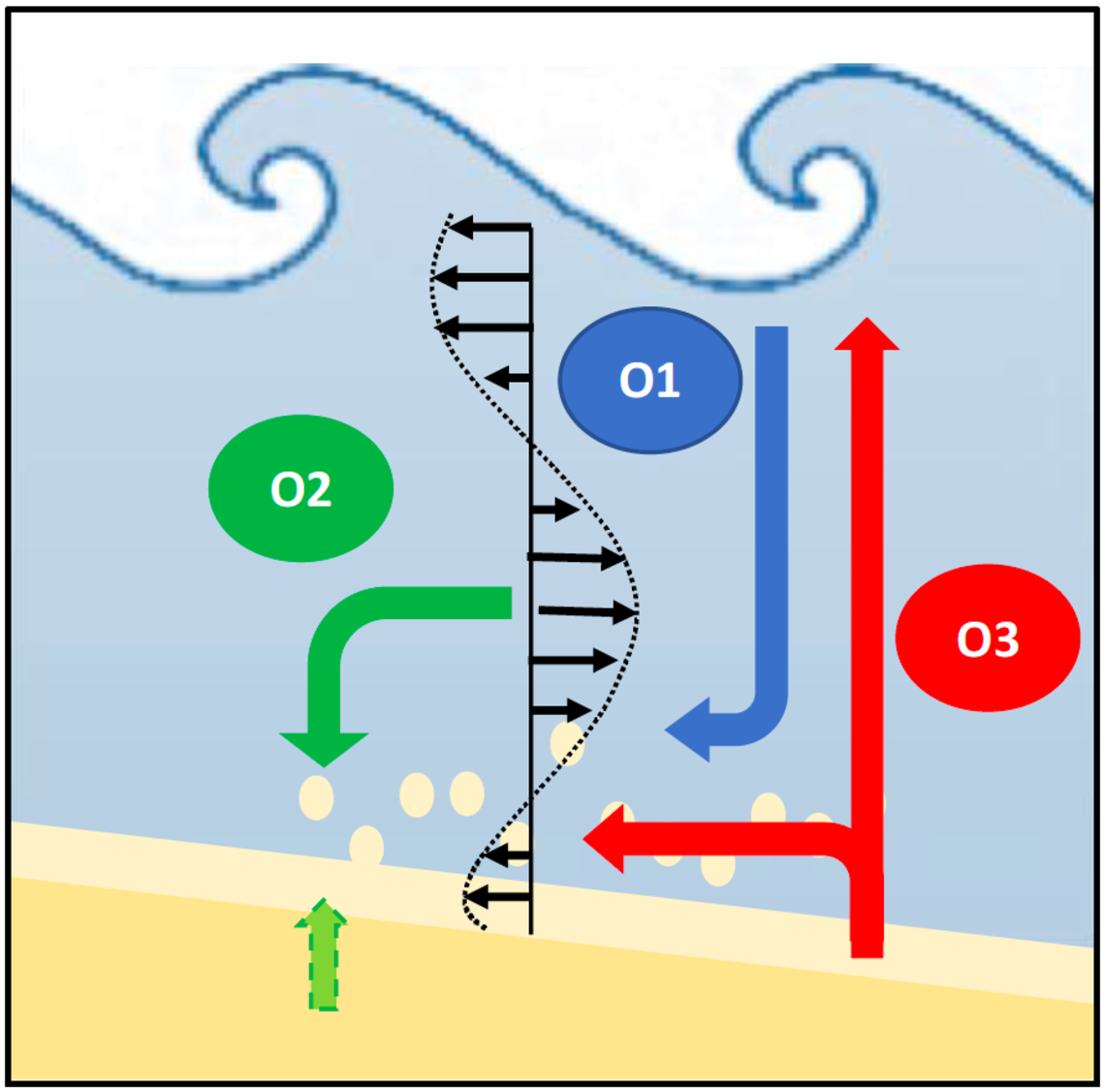 Over the past two decades, significant research efforts have been dedicated to the understanding and modeling of sediment transport processes under realistic non-linear waves in the nearshore zone.

The erosion mechanisms during extreme events being well described in the literature, the novelty of WEST is to initiate new research on sediment transport during accretive periods, leading to beach recovery. In fact, storm erosion can have short- to medium-term impacts on coasts, depending on the post-storm recovery mechanisms and timescales.

To predict coastal evolution, both erosion and accretion mechanisms should be accurately defined.

Severe erosion during extreme events is generally the consequence of a large disequilibrium between beach profile and incident conditions. The underlying erosion mechanisms are driven by dominant physical processes that have been extensively studied during the past decades, achieving good predictive power. On the contrary, beach recovery mechanisms remain an open question since several physical processes interplay with no predominant factor controlling the sediment transport. The influence of bed slope, wave non-linearities and wave dynamics on WBL will be extensively studied in WEST. The novelty of WEST lies also in the first attempt to obtain accurate time-resolved in situ measurements in unison of sediment transport and free-surface deformations at the critical zone: towards wave breaking. For the first time, the whole water column towards breaking will be monitored in the natural environment.

The overall objectives are to clarify the relative contributions of physical processes leading to onshore net sediment transport and to evaluate the net transport over one wave cycle according to hydrodynamic and morphological factors. 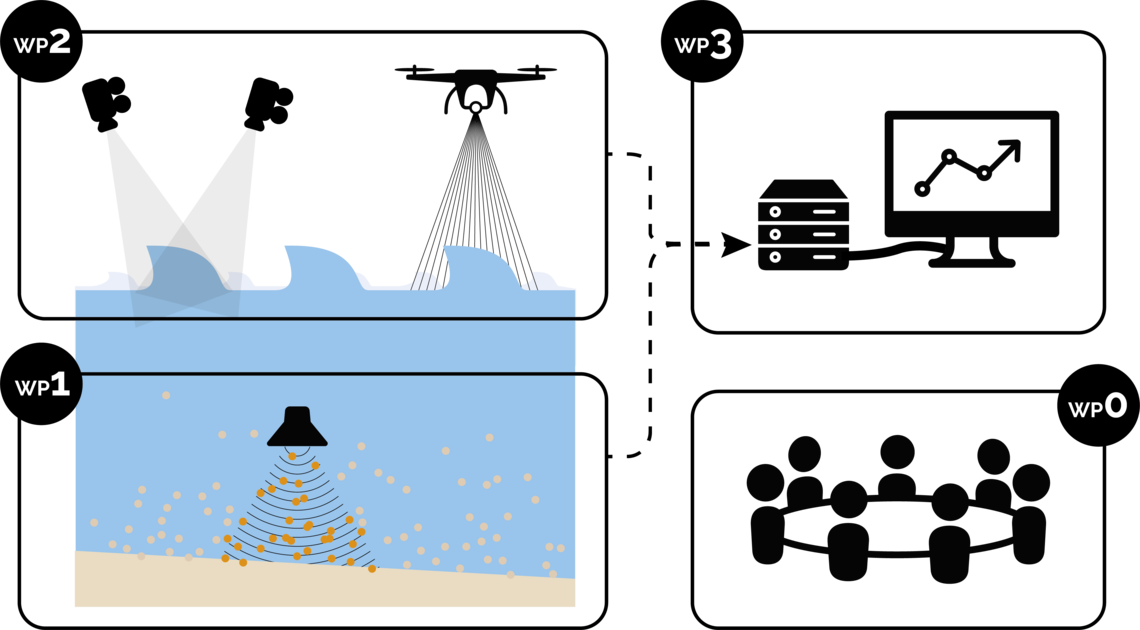